District Festival Competitions are held annually in forty-seven locations throughout the province, beginning in March and ending in May. Scholarships and awards are available locally at each District Festival. Please refer to the Festival Date Listing and Festival Dates and Contacts for additional information.
For the rules that govern the district competitions, refer to the SMFA General Regulations and Scholarship Regulations.

The Provincial Finals Competition is an event, held the first weekend in June of each year, during which the district winners compete provincially for scholarships and awards. Please refer to the SMFA Regulations & Scholarships (below) for more information.

An annual Provincial Competition will be held for District Winners. Scholarship winners are selected by the adjudicator. If the standard attained is not of sufficient merit, the scholarship will not be given.

ELIGIBILITY FOR RECOMMENDATION TO PROVINCIAL FINALS

Notwithstanding any other provision in these Regulations, the Saskatchewan Music Festival Association’s Board of Directors shall be the final and binding decision-making authority on all matters pertaining to competitions administered by the SMFA.

From Thursday to Sunday, 435 performances by winners from District Music Festivals across Saskatchewan were heard. On Saturday evening, June 4, competitors chosen from each discipline in the 28 years & under division competed in the Grand Awards Competition. Prizes of nearly $50,000 were awarded during the weekend’s competitions, the most prestigious being the Garth Beckett/Gustin House Senior Piano Scholarship of $1,500 for the most promising senior piano competitor (awarded to Leah Macfarlane), and the Sister Geraldine Boyle Memorial Gold Award of $1,000 for the most outstanding performance of the Grand Awards Competition (won by Alice Li). Choral entries were adjudicated by recording and were announced during the Grand Awards Competition. 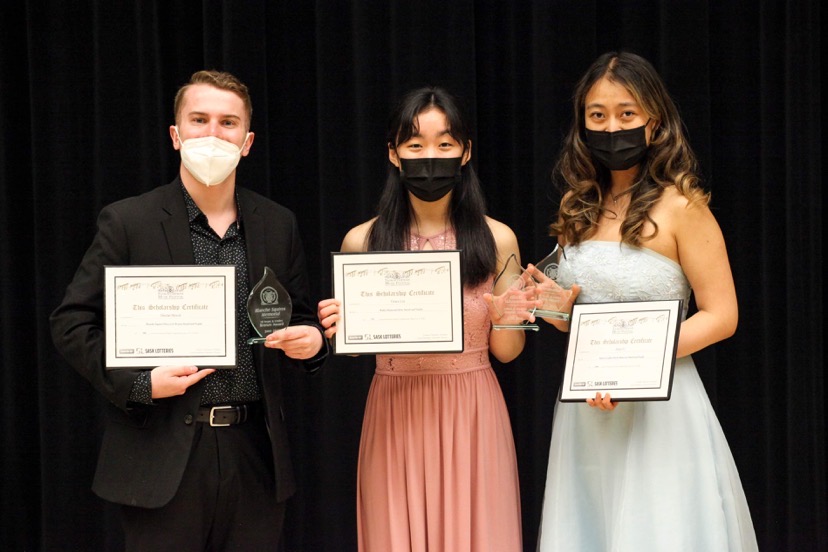 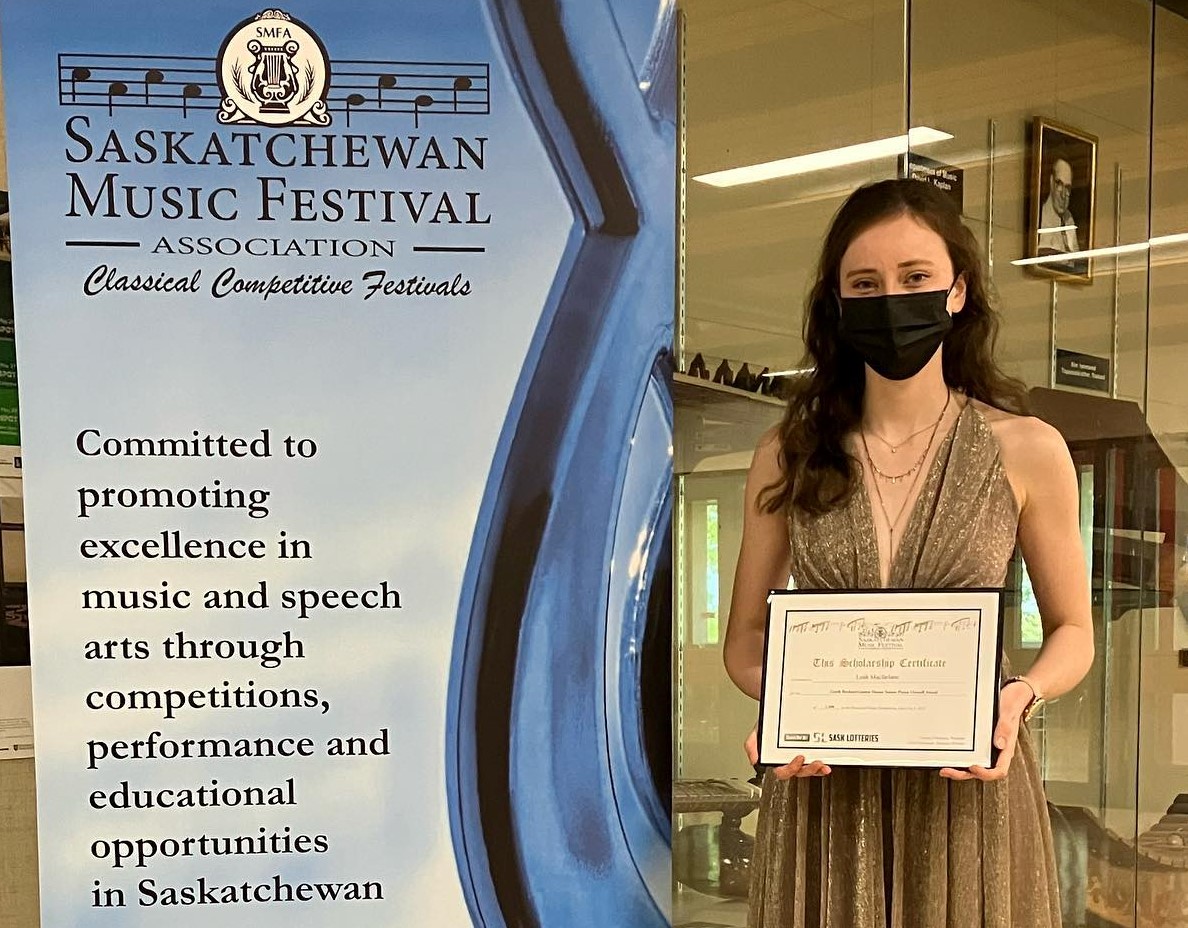 The Garth Beckett/Gustin House Senior Piano Scholarship of $1,500 was awarded to Leah Macfarlane.

The provincial performing arts associations of Western Canada (Saskatchewan, Alberta and British Columbia) partnered to present the first Canada West Performing Arts Festival at the University of Saskatchewan in Saskatoon, July 21 to 23, hosted by SMFA. The next CWPAF will be hosted by the Alberta Music Festival Association (AMFA) in Edmonton, July 20 to 23, 2023.

The Saskatchewan Music Festival Association’s Concerto Competition is held in conjunction with the Regina and Saskatoon Symphony Orchestras, and sponsored by the late Mr. William Shurniak. Originally an annual event, the competition is now held every two years, alternating between Saskatoon and Regina.

The next Concerto Competition will be held on February 20, 2021. Due to COVID-19, the 2021 Shurniak Concerto Competition will be held in virtual format. Entries close February 12, 2021 at midnight. Performances will be posted to an unlisted YouTube Channel and winners will be announced via Zoom. All Saskatchewan Health Authority Guidelines OR provincial health guidelines in effect at the time, and in the location, of your recording must be followed. Please note mask requirements for musicians.

The competition is open to non-professional* musicians, between 14 and 30 years of age. Age restrictions are as of December 31 of the year preceding the competition. All solo instrumental categories will be considered. Previous first-place winners of the Concerto Competition are not eligible to enter.  Only those of talent and industry, who have the necessary potential for a possible career in music, should consider entering the competition.

For the 2021 Virtual Concerto Competition, competitors will not be required to provide a copy of the score for the judges. The collaborative pianist must perform from an original score; photocopied copyright music will not be accepted; failure to comply will result in disqualification.

Changes to the repertoire will not be permitted after the entry close date. The winners will be announced following the competition. The judge’s decision is final.

Notwithstanding any other provision in these Regulations, the Saskatchewan Music Festival Association Inc.’s Board of Directors shall be the final and binding decision-making authority on all matters pertaining to competitions administered by the SMFA.

The next Wallis Opera Competition will be held February 25-26, 2022 at the University of Saskatchewan, Convocation Hall, in Saskatoon. Entry deadline is January 15, 2022. Please be advised that, if an in-person competition cannot be held safely and within Sask Health Authority guidelines, the competition will convert to a virtual event. SMFA is not responsible for expenses incurred due to a change in format.

The next SMFA Musical Theatre Competition will be held February 25 & 26, 2022 at the University of Saskatchewan, Convocation Hall in Saskatoon. Entries close January 15, 2022. Competition is limited to a maximum of 16 competitors. SMFA reserves the right to close the competition once the maximum has been reached. Please be advised that, if an in-person competition cannot be held safely and within Sask Health Authority guidelines, the competition will convert to a virtual event. SMFA is not responsible for expenses incurred due to a change in format.

The documents on our site are
in PDF format.

To ensure they will open properly,
please update your version of the
Adobe PDF Reader, it is a free download.